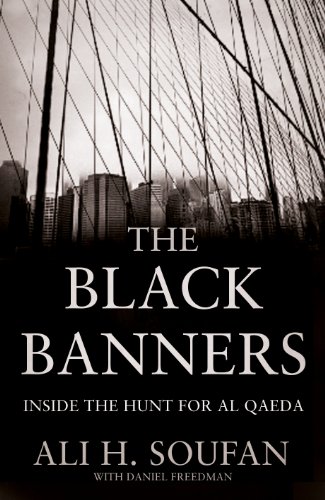 'If you see the Black Banners coming from Khurasan, join that army, even if you have to crawl over ice; no power will be able to stop them'
Hadith attributed to the Prophet Muhammad

The Black Banners is the ultimate insider's account of the realities of counter-terrorism. During a decade on the front lines, as the FBI's lead investigator into Al Qaeda, Ali Soufan thwarted plots around the world and won some of the most important confessions from terrorists - without laying so much as a hand on them. Most of these stories have never been reported before, and never by anyone with such intimate firsthand knowledge. Soufan takes us into the interrogation rooms, into the hideouts. He even gives us a ringside seat at bin Laden's personal celebration of the 9/11 bombings. This is a gripping blow-by-blow account of the ten-year hunt for the most dangerous and well-connected Islamist terrorists - some of whom are still at large.

In The Black Banners Soufan also explains why the pervasive use of torture is not helping in the 'War on Terror', and how a more enlightened approach to intelligence is not only possible, but essential. This is a story not just of intrigue and bravery, but of empathy. He shows us how terrorists think and operate. And he shows that through this understanding, they can be stopped and finally brought to justice.

Ali Soufan knows the truth about the successes and failures of countering terrorism. His knowledge is essential to us all.